I will be the first to admit that I get told all kinds of stories when I am on the phone with Niteflirt callers. That is part of the reason I really enjoy what I do is all the stories I get told. I had never really thought of the world of blow up dolls. I knew what they were and on occasion I had seen them in a sex store in a catalog I was flipping through.  However, one night I have a regular that I talk to often on the phone and he was just wanting to talk. That is great I do that all the time not everything in the life of phone sex is about getting off. He was telling me about his “doll” collection. He started telling me all about the different kinds he had and what he liked about them.  We were also discussing how much he had invested into his collection. I was shocked I like toys and I have a few but his was just a crazy amount. As we are going through all this he tells me how one of the hardest to find is a BBW (big beautiful woman) doll. I was like really there is a market for that. He then tells me not only is there a market but also a huge following of people that seek those out exclusively. Now I have had friends over the years that wanted BBW. I had one friend that would never date a woman unless she weighed over 300 lbs. I understand that part of the fetish, I had just never thought of it as being a niche for sex dolls. I guess to be honest I had never really given love dolls, companion dolls, or dutch wive as they are commonly referred to.

There are many different styles of dolls but there is also a big difference in construction of them. The kind that most of us are familiar with which are often given as gag gifts or as throw away toys are made out of vinyl they are of lower quality and do not last very long. They are made to be used a few times and then discarded.

This is an example of a lower end doll there are very few details and the doll is overall plain.

The next step up is are made of pvc, latex or some other higher grade of composition.  They can range from $100 to $1000 in price and are expected to last a lot longer then the vinyl dolls. 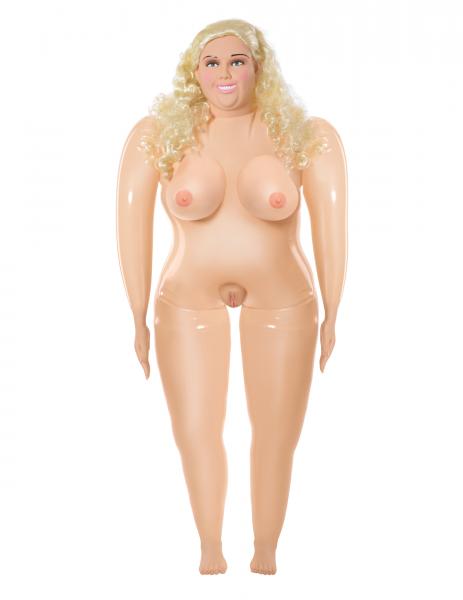 There are a lot more details to these dolls including eyelashes, hair, and working joints.

The most expensive are made from silicone and can range over $1200 or more in price. They have lifelike skin that warms and cools to the touch. They are fully jointed and are often used by photographers and artists. 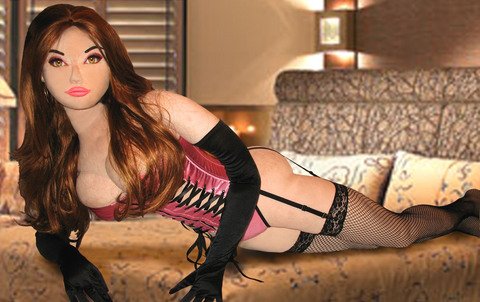 The difference in quality is very noticeable there is also a difference in weight of the doll itself. These dolls are no where near as socially acceptable as they are in other countries. Such as in Japan where they will rent out a doll (kinda a yuck factor there). They also have large facilities that rent rooms and dolls. Like always I find human sexuality very fascinating. Tell me all your thoughts on this good and bad!